Poetry Wishes for a Community --- Mary Oliver, Poets on the Coast, and Groundhog Day Writing Retreat. 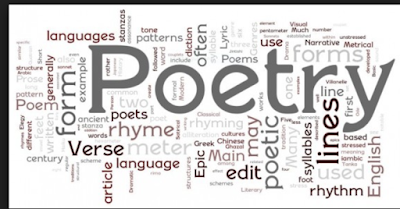 I sometimes wonder if I would still be writing poetry if I hadn't moved to Seattle. I live in a city proud of its convivial literary community. There are over a dozen regular reading series across the city, including WordsWest which I cofounded and now co-curate with Katy Ellis and Harold Taw. Over the past five years we have hosted such poets as Terrance Hayes, Rick Barot, Aimee Nezhukumatathil, and this year, Mark Doty and Ilya Kaminsky. I think this only could have happened in Seattle. In this case, we are in West Seattle. 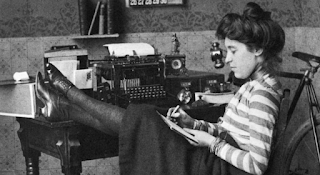 Nine years ago I cofounded Poets on the Coast with Kelli Russell Agodon. Each September we organize a long weekend of writing, craft talks, and community in the poetry loving town of La Conner, Washington. Many women join us annually and others dip in every second or third year. Every year we welcome new poets. There are always several published authors with books and other women who are on their first poetry retreat ever. Then there is everyone in-between from ages 21 to 82. We still have 4 spots left.

Today, I just finished listening to the podcast "On Being with Krista Tippet" where Tippet interviews Mary Oliver. I am still in the glow of Ms. Oliver's voice, her words, her generosity. It originally aired in October 2015 and so was conducted in the last years of her life when she had left Provincetown, Massachusetts after the death of her longterm partner, Molly Malone Cook.

One of the many things that I jotted down while listening to Oliver is:  "Poetry wishes for a community." She also spoke about "the writer's courtship" and the importance of creating time and space in one's life to write --- preferably while being outdoors. 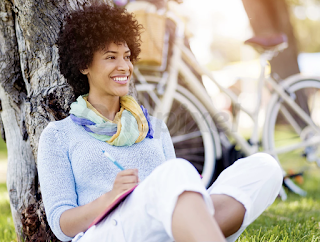 Abracadabrah! (which in Arabic means, I will create as I write) On February 2nd, Groundhog's Day, Kelli and I will lead a one-day writing retreat.  In the morning we will lead a Generating New Poems workshop and in the afternoon, Thinking About the Next Book. Descriptions for both are on the website; you can sign-up for one or both workshops.

Here is what I know: poetry needs community; it thrives when poets come together to write, to share ideas, to acknowledge the poetic voice in one another. These retreats always leave me feeling nourished. I do not know what I would do alone in a garret unless I had my poetry community to gather with in early autumn and late winter. Groundhog Day is only two weeks away. We would love to have you join us. I know of no other more welcoming group of women poets --- and yes, an occasional male poet, too. If you would like to register on-line or by check just scroll down past the class descriptions --- here's the link.

I want to keep Mary Oliver's gorgeous words in the world; I believe she will be remembered long into the next generation. Here is a favorite poem --- out of so many. This one seems to get a bit less airtime. It is called "Spring" but so are other poems, I believe. Here are the first few lines.

Somewhere
a black bear
has just risen from sleep
and is staring
down the mountain.
All night
in the brisk and shallow restlessness
of early spring
I think of her,
her four black fists
flicking the gravel,
her tongue
like a red fire
touching the grass,
the cold water.
There is only one question: