Has anyone counted how many literary magazine are now publishing in the United States? In the world? No one seems to know. Not even Wikipedia. The Dial (1840-1844) edited by Ralph Waldo Emerson gets credit for being the first "little magazine" in the US. I wonder...

I mention this because I've recently become enamored with the idea that these magazines are a necessary part of our literary landscape. Without these lit mags,  how would writers get their work out to the greater world? We pay much respect to an author's first book but little is mentioned in print as to where their first poem or story or essay was published.

My first poem, "Afternoon Swim" was published in the feminist journal, Spare Rib. Although now defunct, the British Library decided last year to archive all of the issues that were published.

Spare Rib was an active part of the emerging Women’s Liberation Movement in the late 20th century. Running from 1972-93, this now iconic magazine challenged the stereotyping and exploitation of women, while supporting collective, realistic solutions to the hurdles women faced.

At 21, I certainly had no idea that I was sending my work off to an iconic journal --- one that would be remembered two decades after it ceased to be. Yet, today I am proud to call this my first --- fledgling poem that it was.

And today, several decades after that initial acceptance, I am thrilled to have a poem taken by another lit mag --- one that is still in its infancy but has already received a great deal of recognition: Tahoma Literary Review founded by Kelly Davio and Joe Ponepinto. 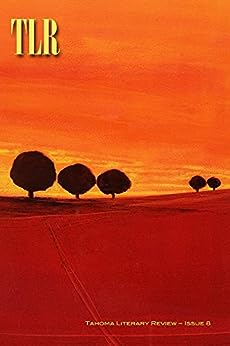 Now in their 5th year, the Tahoma Literary Review,  has been recognized with work from the journal included in anthologies such as Best American Poetry and Best Gay Fiction, among others. From its inception, the journal held Transparency as a kind of mandate. Editors regularly publish blog posts about why they choose the work they do --- and for a little extra cash --- you can receive an editor's commentary on your work. If your work is accepted, you will be paid a minimum of $50. This is almost unheard of in the literary world; especially by a relatively new journal.

But more than that, these editors are good people. They are both successful writers in their own right. I met Kelly a few months before she and Joe started the journal; she was excited but let everyone know that she would do no outside solicitations. Many journals ask well known writers to submit a poem or a story as a way to raise the journal's standing. Not TLR.

Joe was kind enough to come talk to the student editors of the the college journal I advise. He was funny, generous, and the students are now quoting him as they do their work of choosing and not choosing submissions.

Nobody gets rich off of literary magazines. If the editors don't self-finance, they're considered to be doing well. In this new word we find ourselves in, I know that literary magazines will be more important then ever.
Email Post