I first met Ann Teplick in a "Speaking Pictures" workshop at the Northwest Museum of Art as part of the Skagit River Poetry Festival. She struck me at the time as passionate, smart, and playful. And she still does.

Later, I published her poem "This is How I Want to be Kissed" in the "Beyond Ekphrasis: Poems of the Musical, Mathematical, and the Visual" portfolio of Crab Creek Review, 2010, volume 2. Ann is a poet I will be watching as I expect to hear much more from (and about) her very soon. Listen to her podcast below.You will be glad you did.

In her Jack Straw residency, Ann Teplick shares her grief, wrestling the difficulties and pain of losing parents. Her poetry imparts sorrow, beauty, love, and loss. Each word is chosen with courage, leaving the reader absorbed in the fragility of human life.
Teplick is a Seattle poet, playwright, and prose writer, with an MFA in creative writing from Vermont College. For eighteen years she’s written with youth in schools, juvenile detention centers, psychiatric hospitals and literary non-profits. Her work has appeared in Crab Creek Review, Drash, Chrysanthemum, Hunger Mountain, and others. Her plays have been showcased in Washington, Oregon, and Nova Scotia. In 2010 she received funding from Seattle Office of Arts and Cultural Affairs and 4Culture for a collection of poetry The Beauty of a Beet, Poems from the Bedside. In 2011 she will be a writer at Hedgebrook.
SoundPages was produced by Jack Straw Productions as part of the Jack Straw Writers Program. All of the writers heard in this series are published in the Jack Straw Writers Anthology, and featured online at http://www.jackstraw.org/.
Music performed by the Bird Tribe Orchestra and recorded as part of the Jack Straw Artist Support Program. 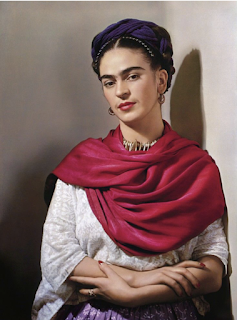 Happy Birthday! The Wild and Wonderful World of Word Lists!