I believe I first came in contact with Joseph Cornell through the poetry of Charles Simic. Simic's Dime-Store Alchemy published in 1992 was one of the first hardback books of poetry I bought. I have to admit that the cover had a good deal to do with my choice --- as did the title, Dime-Store Alchemy. Rereading this book now I realize it was one of the first project-based collections that I had encountered. Simic stated that he wanted to approximate in poetry what Cornell did with visual assemblage.

In his introduction to his own book, Charles Simic writes of Cornell:
"Somewhere in the city of New York there are four or five still-unknown objects that belong together.

Once together they'll make a work of art. That's Cornell's premise, his metaphysics, and his religion....[3]:14 Marcel Duchamp and John Cage use chance operation to get rid of the subjectivity of the artist. For Cornell it's the opposite. To submit to chance is to reveal the self and its obsessions." 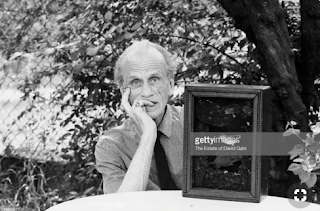 "My work was a natural outcome of my love for the city," Cornell said.

Cornell couldn’t draw or paint. He didn’t consider himself an artist, instead he called himself a “maker” or “designer.” Living in New York City in the depression, Cornell became a collector of small objects and photographs, things he found on his walks through the city.

One day in 1931, Cornell visited Julian Levy as he prepared photographs by Alfred Stieglitz for show. Levy was just about to open the Julien Levy Gallery, and Cornell watched as Levy unpacked new surrealist collages by Max Ernst. This sparked Cornell to go home and make his own collages, using the photographs he’d been collecting. He brought the collages back to Levy, and his work debued along with the surrealists from Paris: Max Ernst, Man Ray, and Salvador Dali in the 1932 exhibition Surréalisme at the Julien Levy Gallery, the first Surrealist exhibit in America. One of Cornell’s first collages ended up being the show postcard. (Guardian) 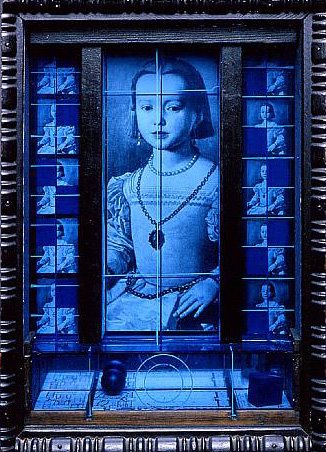 Much is known (and repeated) about Cornell. He lived on Utopia Parkway, Flushing, NY  and never left the Northeastern United States. He lived with his mother and his younger brother, living alone after they'd both passed on. Cornell had no formal training as an artist, he made his living selling textiles. By all accounts, his life experiences were not vast or wide. And yet that mattered little in the making of his art.

And long after many mid-century artists seem forgotten or locked in another time, Cornell seems to only become more relevant, more exciting. I recently learned that Leonora Carrington lived in the states for 25 years --- in New York and in Chicago. I can't help thinking the two of them would have had much to talk about. And perhaps they did meet, did walk through Central Park and comment on the pigeons. Perhaps.
Email Post